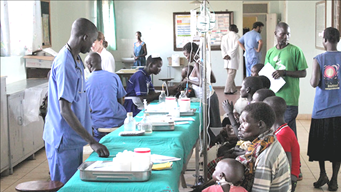 The global pandemic caused by the human immunodeficiency virus, known as HIV, has already claimed more than 32 million lives.  In 2018 alone, 770 000 people died from HIV-related causes globally.ii HIV can only be transmitted by exchanging a variety of body fluids from infected individuals, such as blood, breast milk, semen and vaginal secretions. Ordinary day-to-day contact does not pass on the virus.

The continent suffering the most is Africa, particularly amongst its young women. In 2018, Africa accounted for almost two thirds of the global total of new HIV infections, with 25.7 million people living with HIV.
HIV targets the immune system and weakens a person’s ability to resist infections and certain types of cancer.  Without treatment, people go on to develop severe illnesses such as tuberculosis, cryptococcal meningitis, and cancers such as lymphomas and Kaposi's sarcoma, among others. Acquired Immunodeficiency Syndrome (AIDS) is the most advanced stage, which can take from two to 15 years to developiii.

The health of an HIV patient’s immune system can be determined by measuring the number of white blood cells called CD4 in the blood. The lower the number, the more vulnerable that person will be to opportunist infections which people with more healthy immune systems can fight off.  Tuberculosis (TB) is already the most common illness and cause of death for people with HIV/AIDS, accounting for one in three HIV-associated deaths. It is now official advice to offer TB preventive therapy to people with HIV, even those without active TB.

While there is currently no cure for HIV, the introduction of antiretroviral (ART) drugs has transformed lives, helping to control the virus and prevent transmission.  ART does not cure HIV infection but inhibits the virus from replicating within a person's body so that the immune system can regain its ability to fight infections.

The World Health Organization (WHO) states that initiating ART for everyone living with HIV contributes significantly to reducing HIV transmission. By 2018, 62% of adults and 54% of children living with HIV were receiving lifelong ART. Between 2000 and 2018, new HIV infections fell by 37%, with HIV-related deaths down by 45%.  It is believed that the introduction of ART during this period directly contributed to saving 13.6 million lives.

While measuring immune status is done by counting the number of CD4 cells, the virus itself is normally diagnosed through serological tests, such as rapid diagnostic tests (RDTs), or enzyme immunoassays (EIAs).  These detect the presence or absence of antibodies to HIV-1/2 and/or HIV p24 antigen.

The number of antibodies detected is defined as the patient’s viral load – and by substantially reducing a patient’s viral load, ART drugs now make it more likely that people with HIV, and those at substantial risk, can enjoy healthy, long and productive lives. A 2011 trial confirmed that if an HIV-positive person adheres to ART, the risk of transmitting the virus to their uninfected sexual partner could be reduced by 96%.

In 2018, 23.3 million people living with HIV were already receiving antiretroviral therapy (ART) globally. It is estimated that currently 79% of people with HIV know their status. Globally, ART treatment for pregnant and breastfeeding women living with HIV has reached 82%.

Fears over resurgence of epidemic 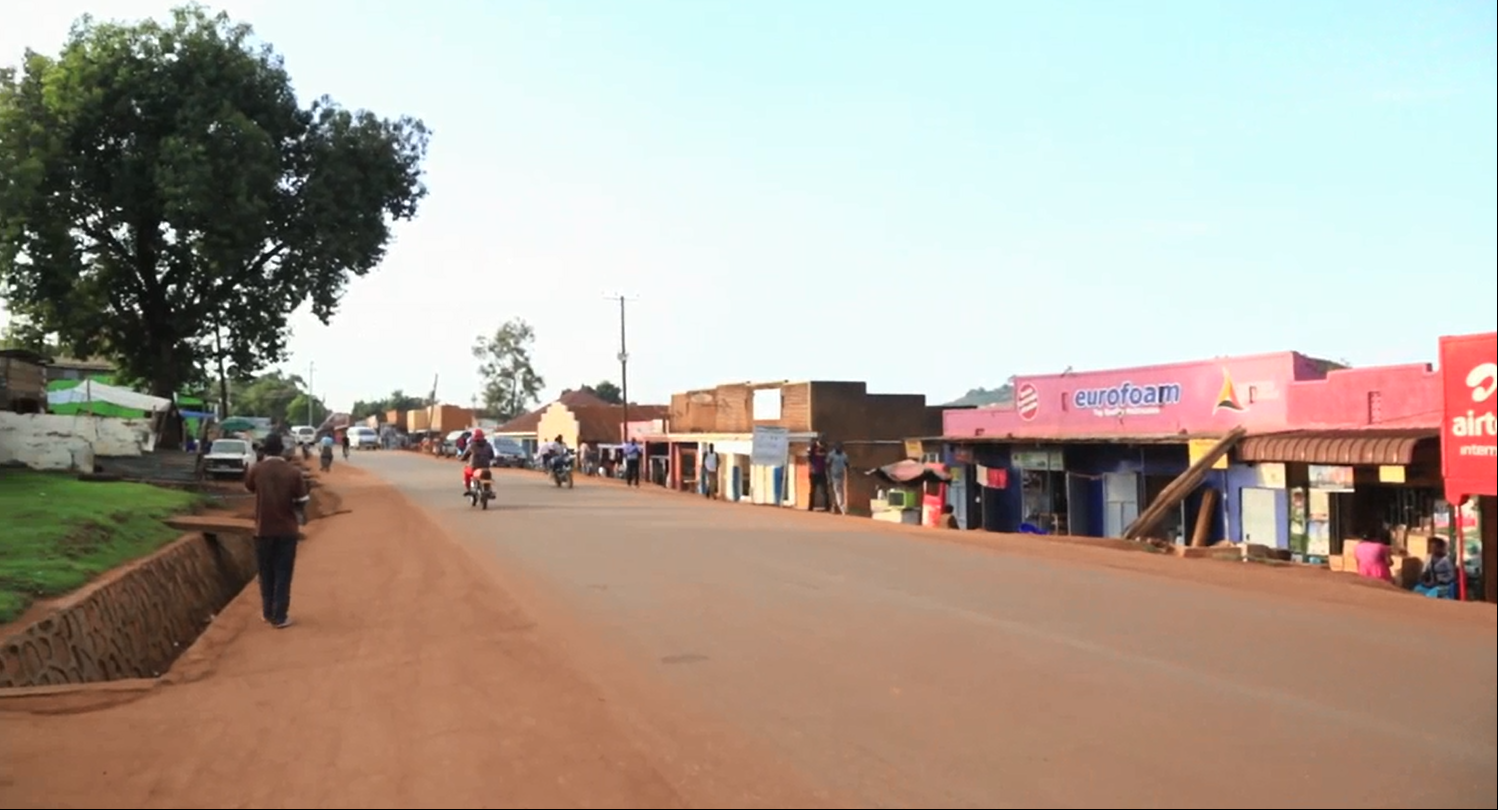 However, experts are increasingly concerned that HIV pandemic is not on track to end by the projected deadline of 2030 and current approaches to HIV control, however beneficial, may not sufficiently effective to achieve this target. This was confirmed by a recently published Lancet Commission report, led by The International AIDS Society, which warned of ‘dangerous complacency that may have accelerated the weakening of global resolve to fight HIV’ i.  A resurgence of the epidemic is likely as the current generation of young people move into adulthood.

While progress has been made to increase access to HIV treatment globally, the decline in new HIV infections is below expectations: moving far too slowly to reach the UNAIDS target of 500,000 new infections by 2020.  Between 2010 and 2017, new infections decreased by 16% to 1.8 million per year worldwide, but remained substantially higher for younger women than young menv.

Further, the high demographic growth in some of the most affected countries is increasing financial pressure on health authorities to fund the vital antiretroviral therapy.  Efforts, therefore, may need to be accelerated to avoid a potentially catastrophic reversal of infections rates and deaths, especially in Africavi.

The people most at risk are defined as ‘key populations’ and include: men who have sex with men, people who inject drugs, people in prisons and other closed settings, sex workers and their clients, and transgender people.  For the first time, 2018 data notes that key populations and their sexual partners accounted over half of all new infections (an estimated 54%), and 95% of new HIV infections in eastern Europe, central Asia and in the Middle East and North Africa.

Overall, sub-Saharan Africa accounted for over 70% of deaths globally with over 650,000 people dying in 2017. However, young people (particularly girls and young women) are especially vulnerable and are twice as likely to be infected with HIV as young men of the same age. In the same year, 282,000 young women in the region were said to be infected with HIV, over 750 a day. The risk of HIV infection for young women peaks between 15 to 24, with AIDS the fourth leading cause of death for this age group.

Further, a program of voluntary medical male circumcision has been initiated to reduce the risk of heterosexually acquired HIV infection in men by approximately 60%. This key intervention is now supported by the 14 countries that make up Eastern and Southern Africa.

Taking the West and Central African region for the same period, 6.1 million people were living with HIV.  440,000 were adolescents, of which 250,000 adolescent girls and 26% of infants (aged 0-14) were having access to antiretroviral therapy.

This region also showed a decrease in the number of new infections, but at a lower rate, being only 8% down. Overall, the region reported 370,000 new infections in 2017.  In the same year, 2.4 million people were accessing treatment, 40% of the total estimated number of people living with HIV who have access to antiretroviral therapy.  This is in contrast to 48% of people living with HIV who knew their status and 29% of those on treatment being virally suppressed.  280 000 people (including 13,000 adolescents of both sexes) died from AIDS-related illnesses, corresponding to a 24% decrease since 2010.

Expanding access to treatment is at the heart of new WHO targets for 2020 to end the AIDS epidemic by 2030.  With restrictions to accessing ART already removed, the number of people eligible for antiretroviral treatment now increases from 28 million to all 36.7 million people.

Oral PrEP is the daily use of ART drugs by uninfected people to stop them acquiring HIV. WHO recommends PrEP as a prevention choice for people at substantial risk of HIV infection as part of combination prevention approaches.

More than 10 randomized studies have demonstrated the effectiveness of PrEP in reducing HIV transmission among groups which included heterosexual couples with one partner infected and the other not, men who have sex with men, transgender women, high-risk heterosexual couples, and people who inject drugs.

PEP is the use of ART drugs within 72 hours of exposure to prevent infection. This involves counselling, first aid care, HIV testing, and a 28-day course of ART drugs.  WHO recommends PEP for both occupational and non-occupational exposure, and includes its use for children.

Mother-to-child transmission (MTCT) is the transmission of HIV from an HIV-positive mother to her child during pregnancy, labour, delivery or breastfeeding.  Without intervention, rates of transmission can be between 15-45%.  However, this can almost completely prevented if both are given ART drugs during pregnancy, labour and the post-natal period.  WHO recommends offering life-long treatment to HIV-positive pregnant women, regardless of their CD4 count.

HIV funding has remained at about US$19.1 billion, roughly US$7 billion short of the estimated amount needed to achieve the UNAIDS 90-90-90 targetsvii.   However, allocation of funds needed to care for people living with HIV has to increase, as life expectancy improves due to the effectiveness of ART.  In June 2017 approximately 20.9 million people worldwide were receiving the drugs (57% of people with HIV), increasing from 680,000 people in 2000.

Between 2012 and 2016, the number of people over 50 living with HIV rose by 36% worldwide.  As this group ages, they will face the same age-related diseases that affect the wider populations, such as cardiovascular disease and dementia, further increasing pressure on healthcare systems.

UN member states have pledged to end the AIDS epidemic as a public health threat by 2030, which has been defined as reducing the number of new HIV infections and AIDS-related deaths by 90% compared with 2010.
If this is to be achieved, the Lancet commission believes a ‘crossover with global health and wider health services’ will be needed. Further, the authors urge ‘HIV and global health researchers, health care professionals and policy makers to work together to improve the HIV response’.

Lead Commissioner Dr Linda-Gail Bekker, President of the International AIDS Society and Professor at University of Cape Town, South Africa, says that ‘despite the remarkable progress of the HIV response, the situation has stagnated in the past decade. Reinvigorating this work will be demanding, but the future health and wellbeing of millions of people require that we meet this challenge’.

More than a third of people starting ART have advanced HIV disease, and an increasing number of patients re-present to care at an advanced stage of HIV disease following disengagement from care. The leading causes of morbidity and mortality in these patients include tuberculosis, severe bacterial infections, cryptococcal meningitis, toxoplasmosis, and Pneumocystis jirovecii pneumonia.

The Future of ​ CD4 Testing

It is now standard practice to offer HIV testing, and put patients onto antiretroviral therapies as soon as they receive a positive diagnosis, not only prolonging but also enhancing the quality of their lives.

CD4 Testing & Viral Load – Why its Significant to Use Both​

For too long, CD4 testing has been on the wane in countries with high incidences of HIV. Yet it is the recommended way to identify people in advanced stages of the disease and whose reduced immunity therefore exposes them to potentially fatal, opportunistic infections. Indeed, the importance of CD4 testing cannot be understated. 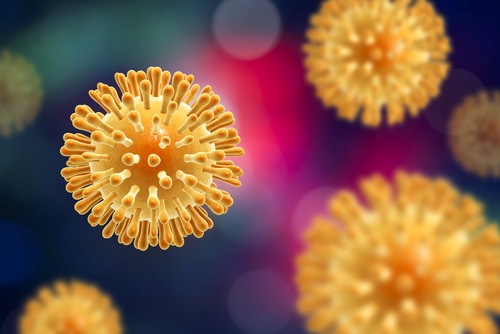 Human immunodeficiency virus (HIV) targets the immune system and in its most advanced stage of infection manifests as acquired immunodeficiency syndrome (AIDS).  This can take from 2 to 15 years to develop depending on the individual