A spin through Sweden in the ’20s

While early forms of the basic centrifuge date back more than 150 years, when their value for separating cream from milk was first recognized, the history of the analytical ultracentrifuge can be traced back to the 1920s and chemist Théodor Svedberg in Uppsala, Sweden.

Busy investigating the diffusion, light absorption and sedimentation properties of colloids at Uppsala University, Svedberg became increasingly interested in the challenges of combining chemistry and centrifugation. In 1923, with the help of coworkers such as J. B. Nichols and engineer Alf Lysholm, Svedberg developed the first ultracentrifuge – capable of achieving 42,000 RPM (900,000 x g) – that also included an optical system for gathering sedimentation data. 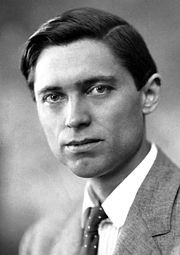 His protocol was remarkably similar to that used with AUC today: Protein–colloid solutions were enclosed in plane parallel rock crystal cells, with each setup covered in a layer of vacuum oil and placed in a rotor atop a vertical shaft equipped with a cooling system. The housing had two windows so that a beam of UV light could be shone through the sample during centrifugation, with images detected by a UV camera.1

Svedberg’s early AUC results convinced him that proteins were aggregates of a single large unit with a molecular weight of 17,500 Da (later dubbed “the Svedberg” in his honor). He thought, erroneously, as was later learned, that all proteins were simply multiples of this basic unit.

Regardless of this initial misconception, in 1926 Svedberg became the first researcher to use what is today called sedimentation equilibrium to determine the molecular weight of complex proteins such as hemoglobin and ovalbumin, thereby launching a revolution in the scientific knowledge of protein structure.2,3

Svedberg’s oil-turbine ultracentrifuge would go on to become an indispensable instrument for protein chemists for nearly 20 years. He continued to design and build new rotors for his invention until he was certain he’d achieved the highest possible operating speed.

According to legend, he did much of this work not in his lab, but in a shack located in a wooded area a great distance away. There he’d determine precisely how fast a steel rotor could spin by increasing its rotation speed—via remote control—until the rotor literally exploded. He used a seismograph to record each explosion. 4

Svedberg with a colleague in 1926.

Also in 1926, Svedberg was honored with a Nobel Prize, not for building the first analytical ultracentrifuge, as some believe, but for his groundbreaking work in colloid chemistry. His studies had effectively proven that proteins are macromolecules comprised of atoms linked by covalent bonds. Subsequently, AUC would later become the fundamental technique used for the early development of the fields of biochemistry and molecular biology.5

The principles of AUC, as established by Svedberg and his colleagues in Sweden, have changed little since 1926. At that time, it looked as if adoption of this new technology had nowhere to go but up.

Thanks to other influential scientists in France and America, that proved to be the case.